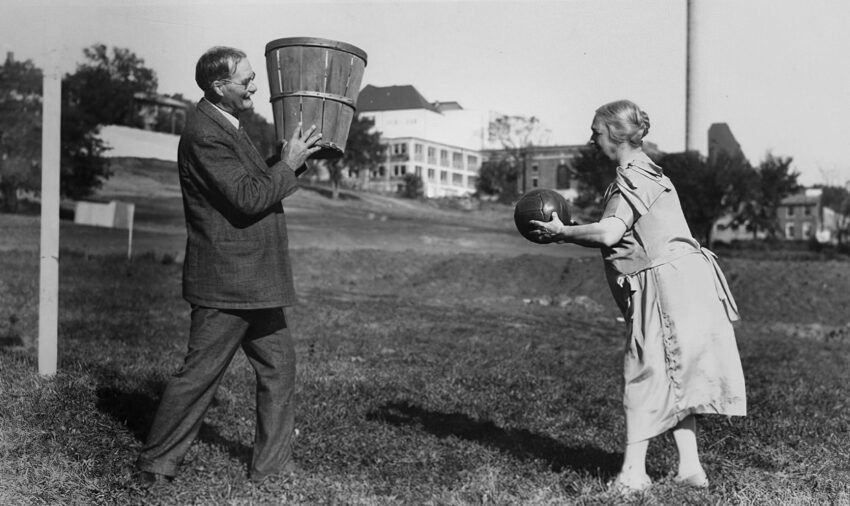 The history of basketball goes back to 1891, when in the United States (Massachusetts) James Naismith, a physical education teacher at Springfield International Training School, invented a game called “basketball” and published the first 13 rules of the game. However, historians say that even before our era, settlers in Mexico played a game similar to basketball, and in the 16th century Aztec tribes threw the ball into rings and won prizes for it. So today, let’s talk about the history of basketball. Don’t worry, there will be no gray area summary of dates here – just the most interesting things from basketball history. If you’re interested in news of various sporting events, use https://espn-news.com/category/nfl/.

The ancient history of basketball

If you go deeper into history, in the 10th century BC, according to archaeological excavations, Mexicans loved the game of ball, which is a bit like a mixture of modern soccer and basketball. The idea was that two teams lined up in front of a certain line (which could not be crossed) on a site up to 150 meters in size. Behind the back of each team were bleachers up to 10 meters high, and there in turn was a stone ring. The goal of the game was to hit a rubber ball the size of a human head into the ring of the opponent. Only elbows, knees, hips and heads were allowed. The team that hit the opponent’s ring first was the winner. Two interesting facts should be noted. First, the Mexicans first played with the heads of the captured warriors. Second, sometimes the captain of the losing team had his head torn off. Beginning with the XV century, the Aztecs have modified the game by making the ball heavier. True, cardinal changes were not. In Central America “Ulama” (as the game was called) is still played today.

The modern game of basketball originated in 1891. In Massachusetts, a high school athletic instructor was looking for a suitable activity for his students to take to the gym during the winter. He wanted to continue to develop the physical skills of his students during the cold season as well. He tried to develop a game where participants could win not only through physical strength, but also by improving their playing skills. Such a game was basketball. D. Naismith originally published a collection of 13 basketball rules. Today, many of them are still in effect: the goal of the game was to throw a basketball into a fruit basket on the wall. At first, a soccer ball was used for basketball, and then a special one was created. The baskets also appeared in basketball by accident. A school janitor couldn’t find boxes (Naismith originally wanted to hang boxes on the wall), so he replaced them with fruit baskets. As early as 1892, the first official nine-on-nine basketball game was played. Many people will find it funny that after each basket was scored, they had to use a ladder and retrieve the ball because the baskets had no bottom.

Right now, the most popular competition is the NBA. You can follow the news at https://espn-news.com/category/nba/.